Gardens are a huge pain. There are many variables to combat:

In spite of the current affordability of cheeseburgers, I've been wanting a garden anyway. Being that I'm heavily committed in many arenas at once, I didn't think it feasible. Then I remembered hearing something about growing sprouts and how easy it is. Being a fan of alfalfa sprouts already, I took a closer look:

I eat a lot of cottage cheese. I never get around to preparing any food. I wait until I'm so hungry that I have a headache and I'm angry at everything, then I eat half a pound of cottage cheese in about four huge scoops.

I bought half a pound of sprout seed mix: alfalfa, broccoli, radish. They said it was a good combination. 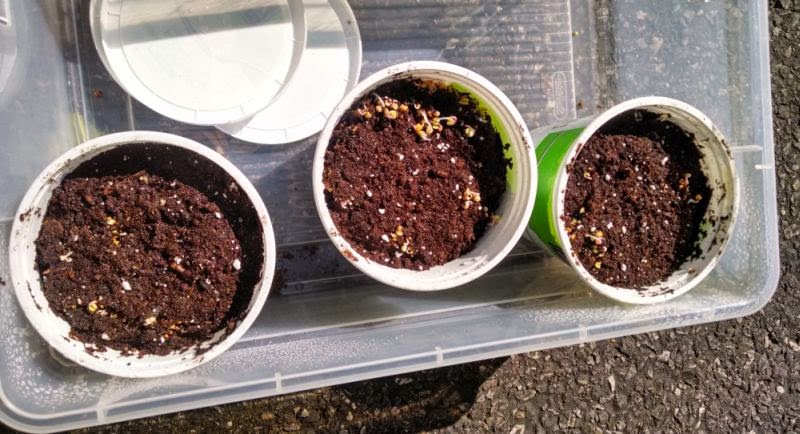 I poked holes in the bottom of a few empty cottage cheese containers using an ice pick. I put some soil in there, sprinkled in some seeds, and now it's three days later. I've been spritzing some water on the soil using a spray bottle - once in the morning; again at night - and today the first little sprouts started poking through. This is great. Free food is on the horizon, and I'm able to take credit for making an idea actually happen. 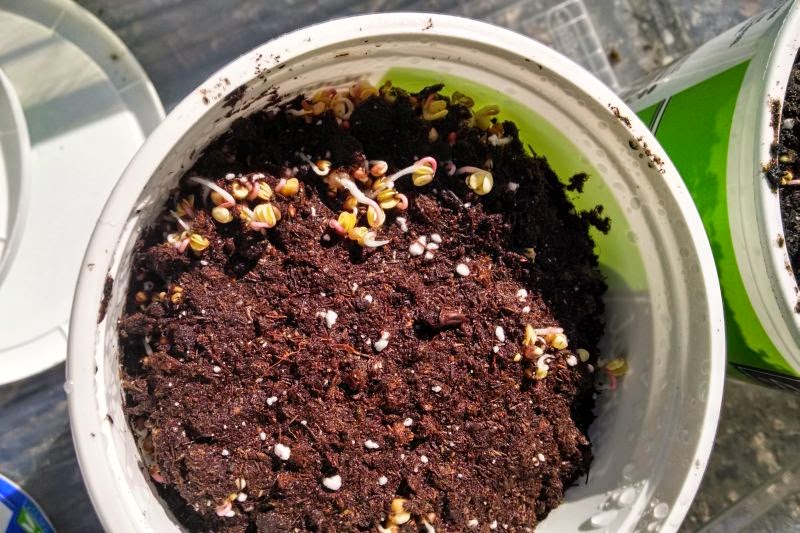 Note: you can also make sprouts without any soil. You just add water. Look it up. I decided not to go this route, because I get a huge bang out of anything miniature. Sprouts in soil is more like a miniature garden. I'm thrilled about this.
Posted by Pixie Morningdust at 8:14 PM